The Power of Real Love in the Workplace

You say, “He was yelling and swearing and shouting about another staff member, but I knew it was really about him feeling unloved. I just saw him. I saw that he was afraid. It was honestly like a miracle to be able to see another human being while they're in the middle of an angry tirade and I knew it was nothing about me.” You're getting pretty smart, my dear.

You continue, “I said to him, it was nothing to do with the staff member he was shouting about but that I had made a mistake. I could have done it differently. I told him that he's been angry for a great many years, a great many years, before this particular staff member made his mistake. It felt amazing to just naturally say that I could have done something different with no shame, no fear, no nothing.” Well, I'm still amazed.

You continued, “He loved it. He loved it immediately. He was shouting at me while he was, well, he was afraid, but he saw that what I was saying was the truth and within 10 minutes was as happy as I've ever seen him. I was so calm, and I felt loved by so many people in the Real Love community that there was no adrenaline rush. Nothing. I just felt peaceful like this was a normal situation. It was just fun and happy, and I was amused instead of scared by his anger. Everybody in the whole place, because he was screaming and yelling to the point where it was catching the attention of every employee and every customer, everybody relaxed because I didn't go into fear. All because of that it made what could have been a drama into nothing.”

How cool is that! Pretty darn cool. What a great example of the power of peace. 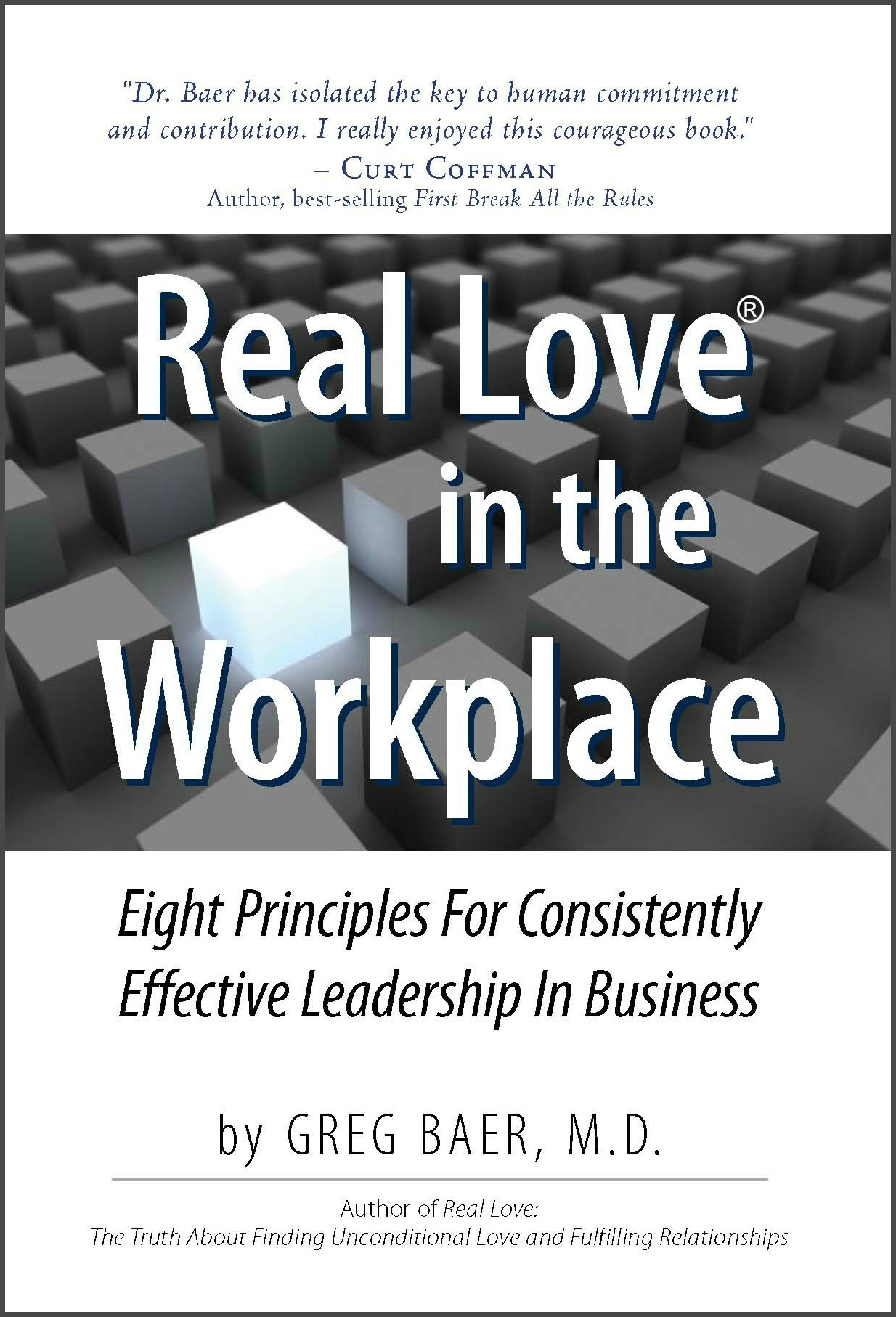 Learn more about Real Love in the Workplace.

Do you feel like something is missing from your life, your relationships, your marriage, your family, even your workplace?

Download these Free Reports and learn how you can actually eliminate that feeling.