Signs of Narcissism in Children, And What You Can DO About It 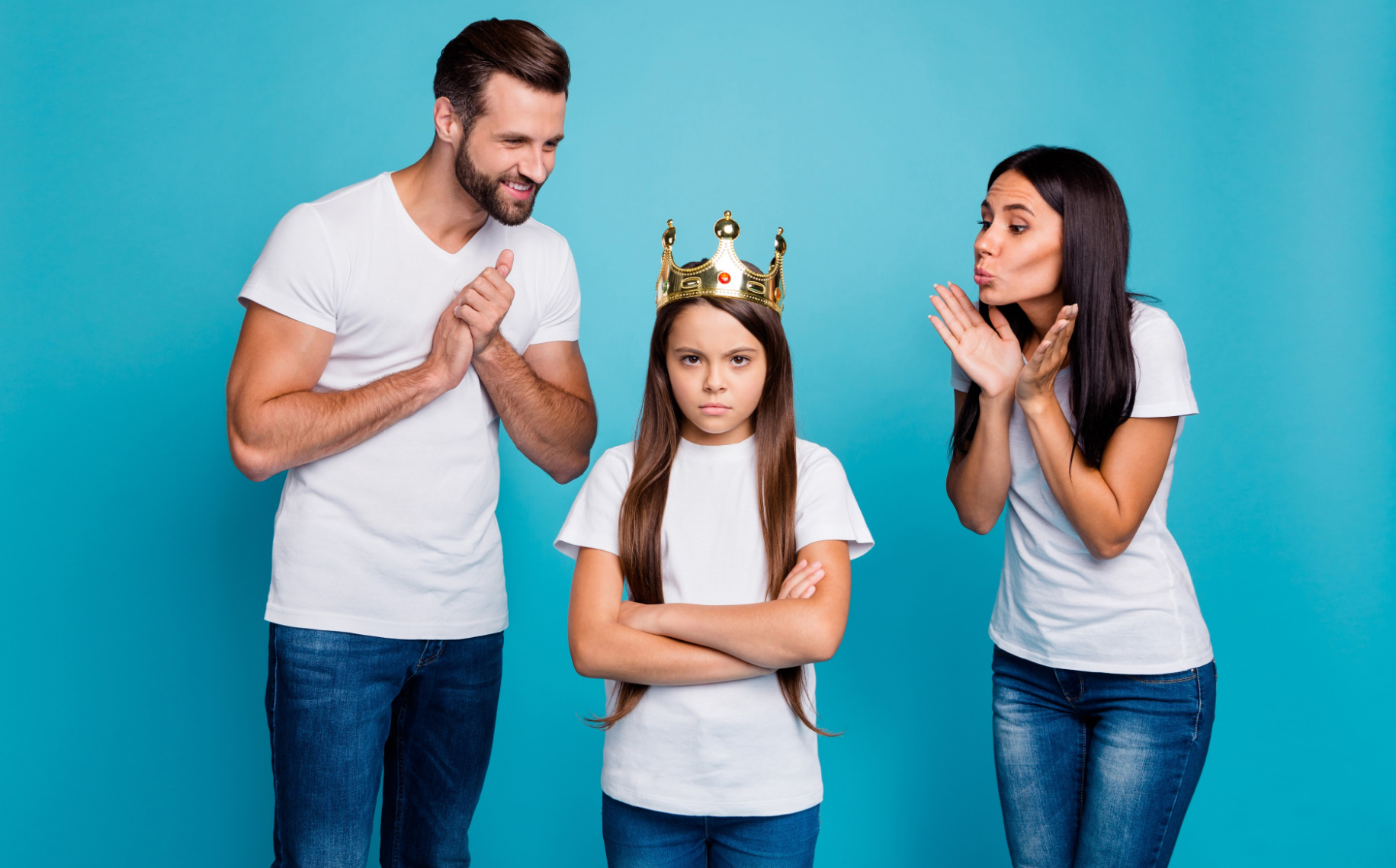 To be narcissistic simply means to be selfish. We ALL demonstrate these qualities from time to time. Some people, however, can never stop being selfish. They’ve become so focused on self-serving behaviors that their personality is defined by them. They have narcissistic personality disorder, or NPD.

Pay close attention to this article. In the beginning, I will briefly describe this common and serious mental health problem, but the real point—the potentially lifesaving point—is to help you avoid standing by while your child gradually develops this problem. The individual steps toward this crippling disorder are insidious, often innocent-looking, and so common as to be accepted as normal. Keep reading all the way to the end, and you will discover ample reward for your doing that.

NPD is a condition in which there is an inflated sense of self-importance and an extreme preoccupation with one's self. The acronym NPD will be used in this article to refer either to the disorder or to the person who has it—only for the sake of brevity, not to dismiss the seriousness of the problem or the pain of the person affected.

Following are some of the criteria used for making the diagnosis of NPD. People with this disorder:

At the same time, people with narcissistic personality disorder (NPD) have trouble handling anything they perceive as criticism, and on such occasions they can:

To put it most briefly and pointedly, people with NPD are motivated only by one word, over and over: Me, Me, Me.

So why is it important for us to understand NPD? Because the incidence is SO very high that we all know several people with it, and until we understand the disorder, these people are very confusing and can cause considerable stress to the people around them.

Narcissistic personality disorder causes problems in every area of life: personal happiness, relationships, work, school, financial affairs, and more. People with narcissistic personality disorder are often disappointed and unhappy when they're not given the special favors or the admiration they believe they deserve. A fulfilling relationship with a spouse—or life partner—is quite impossible, since the NPD makes everything about HIM or HER, which makes genuine and loving connection unattainable. Other people might be briefly entertained by a narcissist, but not for long. People begin to avoid them diligently.

Ironically, many NPDs can be quite charming. They can be the “life of the party.” They can appear to be quite ingratiating, but ALWAYS their motivation is to trade their favors, their charms, their time, and more for something THEY want. This can be especially confusing to people who are dating an NPD, who can be creatively and abundantly giving. But once the NPD has established a contract with their partner—marriage or moving in together, for example—the trap is snapped shut, and the partner discovers that they’re in a prison, where they are nothing more than an object to serve the NPD.

I have worked personally with a great number of people with NPD, and with their families. Once the disorder has matured, I have never seen anyone “cured” of the problem. They can learn to manage their demands somewhat, and their families can learn to respond differently to the selfishness of the narcissist, but true cures are virtually unheard of, as further confirmed by my numerous conversations with psychiatrists and psychologists.

In a study of nearly 35,000 adults by the National Institutes of Health, published in the Journal of Clinical Psychiatry, 6.2% of adults were found to have NPD, with an incidence of nearly 8% for men and almost 5% for women. These are overwhelming numbers, especially since most clinicians I have spoken to estimate these numbers to be far too low. Why is NPD under-estimated? Because selfish behavior has become increasingly normalized in our culture. Me-me-me is normal and often even encouraged.

What would we do if the incidence of COVID were 6.2%? Or cancer of the lung? Or any medical condition? Eradication would become our Number One priority, and yet identification and management of NPD is virtually off the radar, despite the unspeakable cost of NPD to individuals, couples, families, businesses, and more.

The Contribution of PARENTS in Developing NPD

NPD is not an inherited disorder, which means that it develops over years in response to some combination of circumstances and stimuli. I can state with categorical certainty that NPD is a response to PAIN, much as any addictive behavior.

Children who do not have sufficient and consistent Real Love are in constant emotional pain, which cannot be ignored. They WILL respond with whatever behaviors minimize or eliminate their pain in the short term. A child who becomes entirely focused on HIS pain, HIS needs, and HIS approaches to pain reduction and self-gratification is—by definition—narcissistic. To be plain, NARCISSISTIC PERSONALITY DISORDER IS A RESPONSE TO THE PAIN OF LACKING REAL LOVE. Really.

NPD is usually diagnosed in adolescence or early adulthood, but the diagnosis is delayed by years because no parent wants to admit their child is afflicted with such an emotionally terminal problem, nor is any child quick to admit that he or she is over-the-top selfish all the time. I’ve seen NPD fully developed by age 12, and I’ve seen the signs blooming exponentially in children much younger.

With practice a full-blown adult NPD can be spotted fairly easily. It is very common among politicians, CEOs, entertainers, and in other occupations where NPD is confused with confidence, drive, and passion.

If we really want to be serious about reducing the incidence and effect of NPD around us—especially in our own families—we have to recognize how it develops. It’s sneaky. It develops by repetition of behaviors that can appear to be so innocent individually. But these behaviors are like the introduction of a fatal virus. One or two virus particles may be eradicated by the immune system without anybody knowing that it happened. Introduction of a sufficient “viral load,” however, may cause the beginning of serious symptoms, which can be treated successfully if identified early and treated aggressively. But if we don’t recognize the early virus, and we allow it to multiply unhindered, the result can be serious illness and death. And now it’s a bit late to correctly identify the virus, isn’t it?

Any ONE of the above behaviors might be innocent, or the result of building stresses elsewhere. But we MUST pay attention to them, because they all can easily become patterns, and those are very difficult to change—even crippling.

What Can Parents Do?

YOU, the parents, are most responsible for the existence and growth of narcissistic personality disorder, a condition at least as harmful as any medical disease. What can we do?

Selfishness is a response to pain, and if it is allowed to continue, selfishness becomes one of the greatest CAUSES of pain. As parents we must recognize these patterns and do whatever is required to love and teach our children.

Sometimes we have to increase the consequences of selfishness to the point that the child unmistakably recognizes that selfishness is just too expensive to continue. In the Ridiculously Effective Parenting Training I’ve described in detail the process of increasing consequences. Some children require the elimination of every privilege before they recognize that they don’t want to continue their selfishness. The longer we wait—in terms of the moment, as well as the age of the child—the more difficult it becomes to reverse patterns of selfishness.

We can address this problem, which is worsening world-wide. We must.

You can do this, so let's get started.

Life can be confusing, frustrating and difficult—at home, in relationships, and at work—but we teach you a transformational process that replaces all the “crazy” with peace, confidence and meaning.